THE COOPERATIVE MOVEMENT AT THE BEGINNING

Though the economic downturn in the early 80s, and the era of essential commodities was frustrating the average Nigerian; the staff of Total were quick to spot the opportunities in the prevalent nationwide economic recession. They quickly mobilized for communal economics, a situation where they agreed to come together for bulk purchase of essential commodities at reasonable prices for distribution to members.

That was the beginning of the movement called the co-operative society today in EPNL. The nucleus of activity started from the mail room but the idea of coming together was later shared with other staff members who all agreed to form a cooperative society with Twenty Naira (N20.00) as membership fee.

Operations in the co-operative started on June 6, 1984 but the process of registration began on June 28 1987 when a formal application was made to the Lagos State Government. The body was eventually registered with certificate no LSCS 589 dated March 24, 1988.

At the beginning, the Society put a limit of twenty thousand naira (N20, 000.00) as loan that could be accessed by any member and only those who had up to one thousand naira (N1, 000.00) to their credit were allowed to make partial withdrawal of a maximum of 50% of their savings once in a year. In order to discourage complete withdrawal, a re-registration levy of Fifty Naira (N50.00) was charged on such members.

The Cooperative Management Committee continued to grow tremendously under different elected leaderships and today it stands as the Most Profitable Cooperative Society in West Africa. With a new leadership elected in June, 2020 and presided by Mr. Oyisi Paul Okatahi, there is assurance that Total COOP will continue to grow and break new grounds.

Currently, the institution caters to over 1,300 members with total assets to the tune of over N57.2billion with business segments in banking (savings contribution and loans to its members) and real estate business segment. Our Profit After Tax (PAT) has consistently been above N1billion for the last 2-3 years with 0.03% of Non Performing Loan(NPLs) in the last 5 years with 2017 profit base being N2.25 billion.

Our Mission in Total E&P Nigeria Staff Multipurpose Co-operative Society Limited is the provision of excellent services based on unwavering commitment to the pursuit of excellence, diligence, transparency, accountability and trust as the basis for current and future growth.

Our most recent dividend payment was N1.40k in 2020. We are adjudged by the Lagos state Co-operative board, our regulator, as the best co-operative in Nigeria at the moment.

The Cooperative has a strong service culture that has enabled it record consistent year on year growth in clientele base and key financial indices since its inception in 1984.

Total E&P Nigeria Staff Multi-purpose Cooperative Society is the adjudged best cooperative in Nigeria since 2017, 2018 and 2019.

YOU CAN ALSO VIEW OUR: 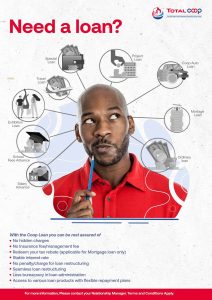